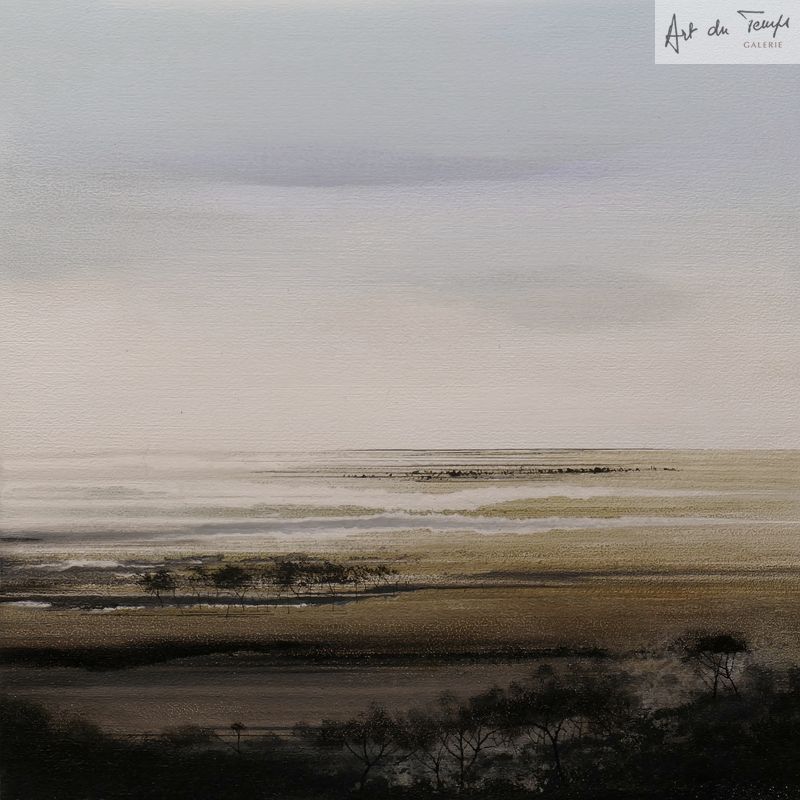 Born in 1954, near Lyon, Paul Bergignat is a French painter. He studies at the National School of Applied Arts and Crafts in Paris. Once graduated, his career turned to architecture in Lyon and then in Montpellier, without however ceasing his artistic experiences. He turned away from architecture in 2006, to devote himself to painting. He lives and works today in the Cévennes.

For the artist, two artistic encounters were decisive. The first was the discovery of Turner, and the light of his works. The second is based on the fabulous transparencies of Zao Wou-Ki. Paul Bergignat’s landscapes are part of the quest for this transparency and this light. They are silent, unreal, crossed by evanescent mists. Time suspended, vastness of the skies, a light, coming from a barely raised horizon, lets glimpse a line of trees. He creates an interior work, which draws from his unconscious. A universe bathed in harmony and calm, which in the last works of the artist is tinged with darker colors, and slides at the same time more and more towards abstraction.

Since 2006 Paul Bergignat exhibits very regularly in France, and more recently in Italy. 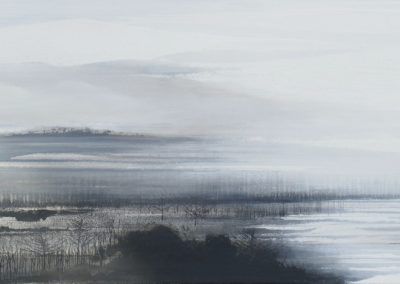 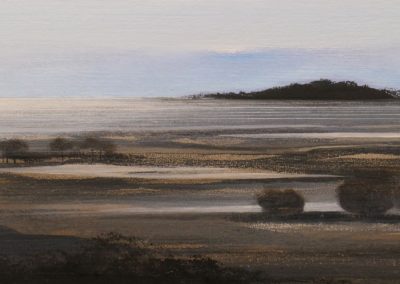 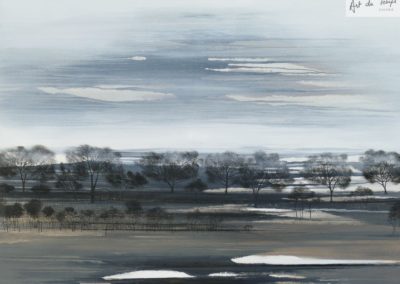 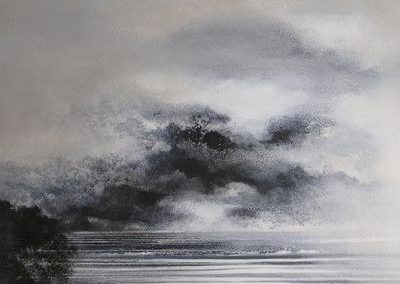 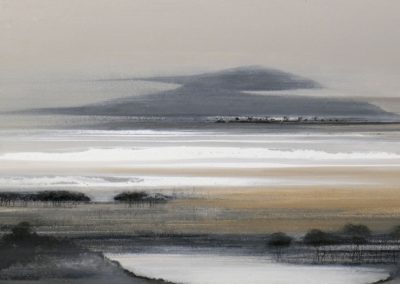 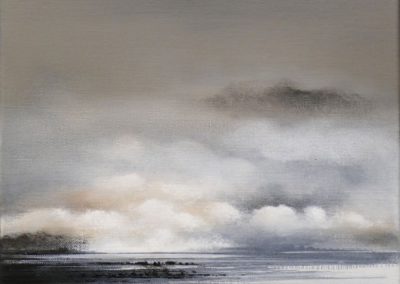 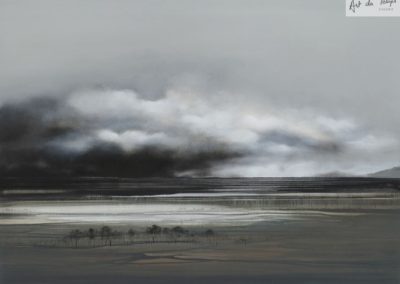 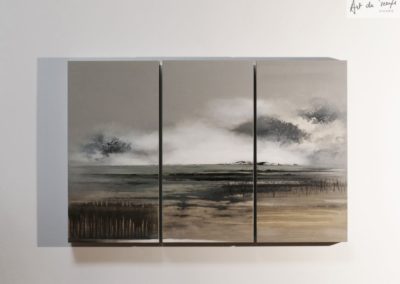 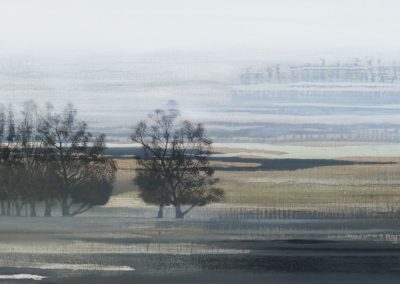 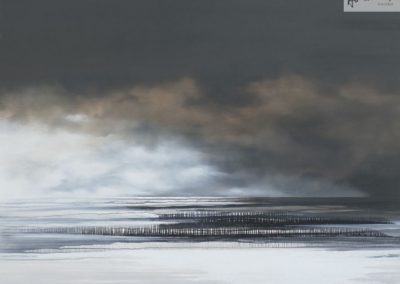 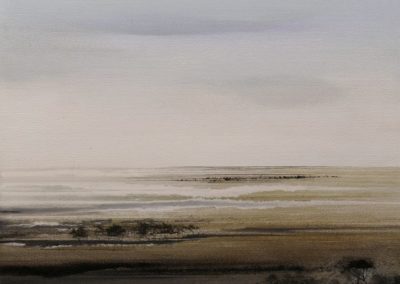 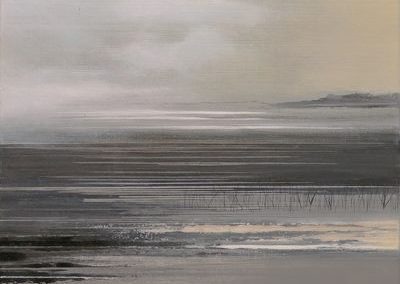 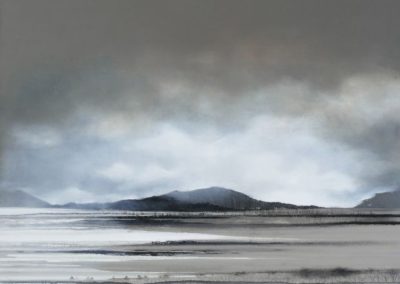 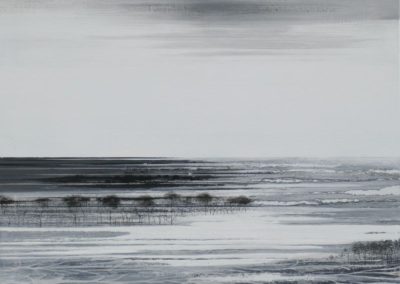 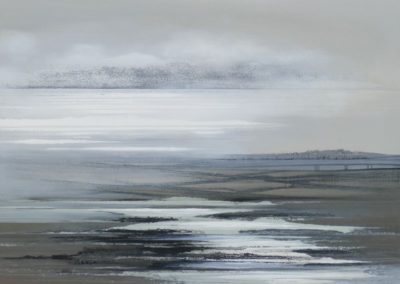