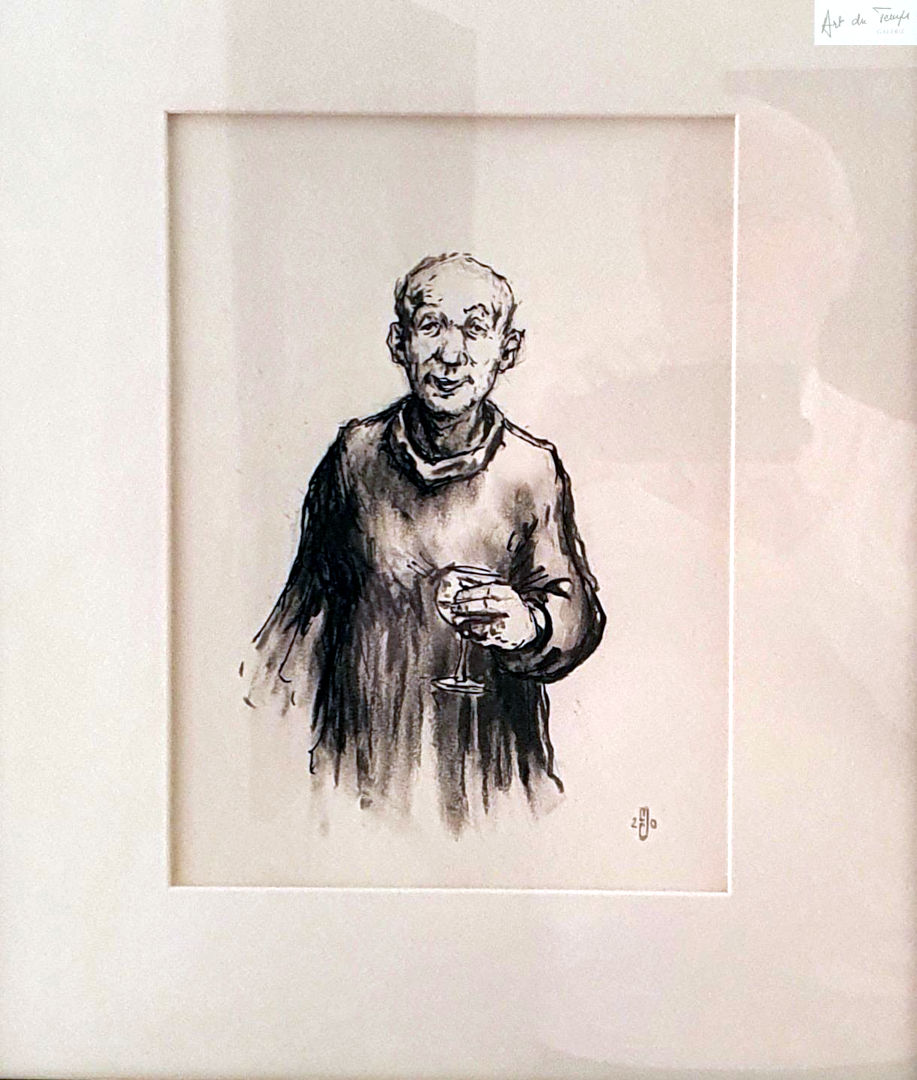 Christophe Blanc was born in Colmar, France. After studying architecture, he starts painting and joins the Atelier of painter Fabian Cerredo. His artistic fiber, his exceptional technique and very particular style make him a key player of the contemporary French Art scene.

Christophe Blanc’s painting is similar to none. His work is constructed, whole, autonomous and singular. From the ocean beddings, where one detected a raw, overwhelming force in fusion, Blanc added empty sofas, followed by solitary characters “Under Siege” (title of the first exhibition). Seated, and, saddened by the state of humankind through the centuries, their stone-like silhouettes and heavy feet leave little hope.

In his later production, Blanc has softened his traits. Landscapes have appeared in the background… characters meet around glasses and bottles of wine. The spontaneity of their gestures portrays a raw, un-filtered and sincere emotion embracing the world’s sensitivity to enshrine it as an integral part of their beings. This spontaneity contrasts with Blanc’s desire to enrich his message, render it in an invisible yet poignant manner. 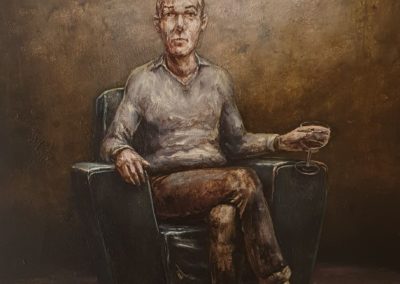 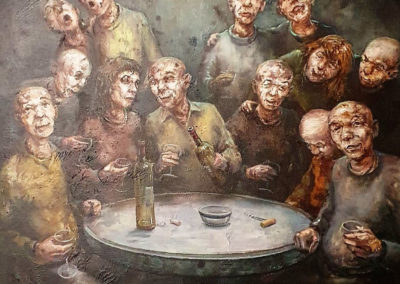 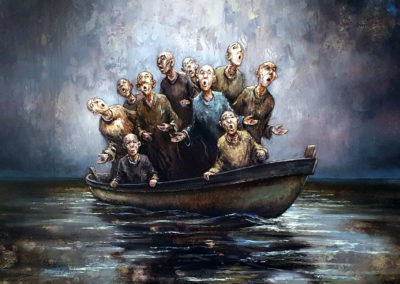 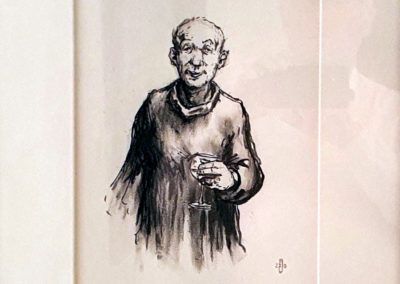 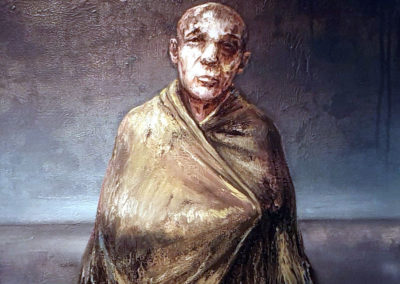 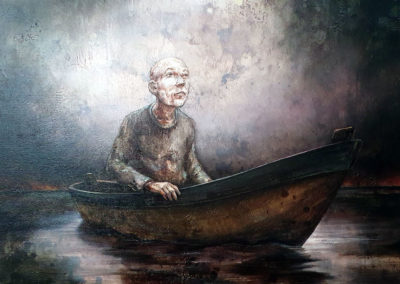 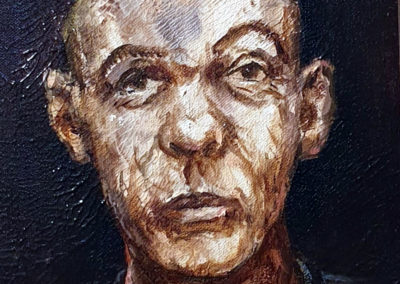 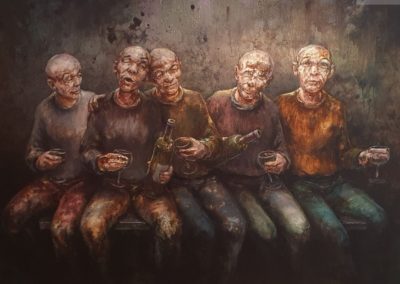 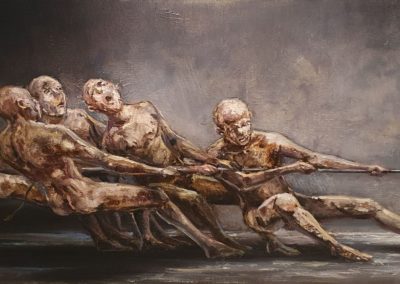 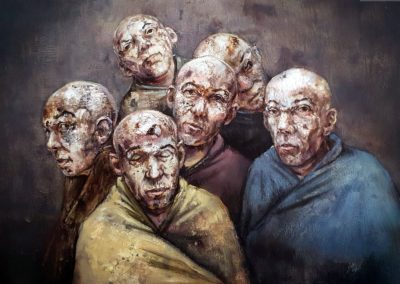 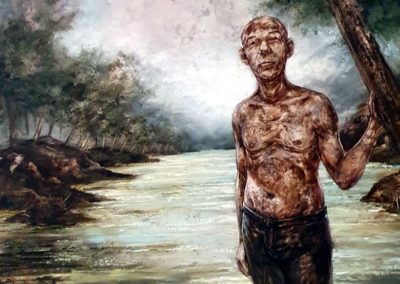 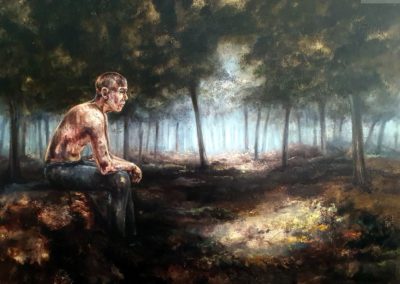