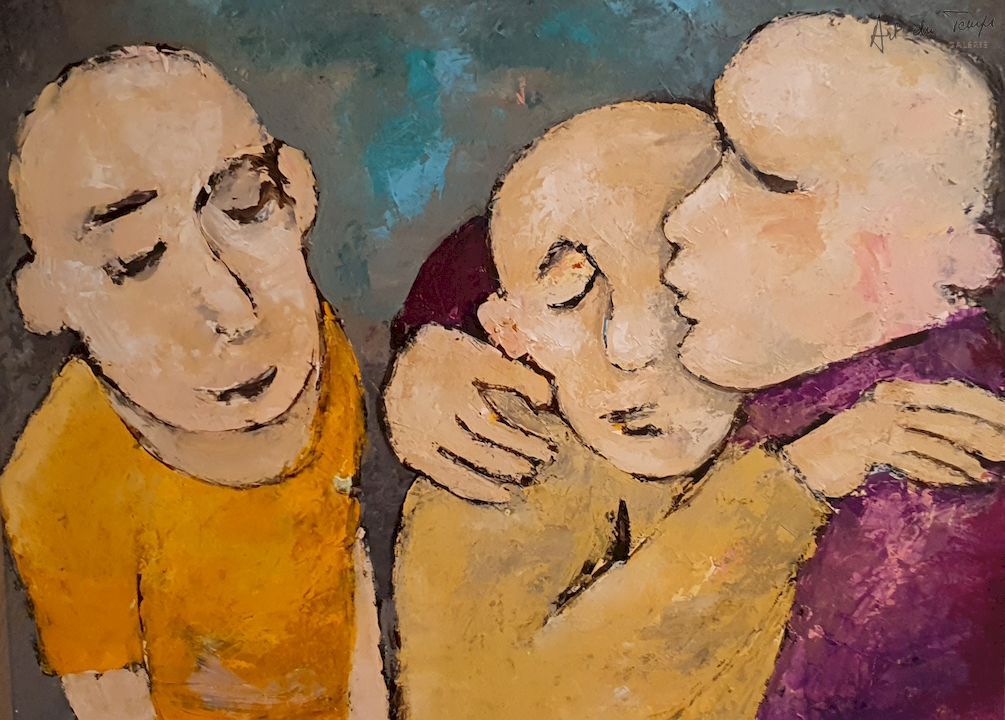 Sister and daughter of painters, Roux most probably unconsciously desired to escape this certain destiny. She therefore started her painting career at 40 without academic training. Figurative painter, Roux paints real life characters in their daily undertakings. She has infinite sense for the tender, for melancholy but always associated with humor. As written by Jean-Marie Lebrun: « Chantal Roux’s characters simultaneously oneiric and real, hail us though sketches of their real life postures: one’s head abandoned on a shoulder; placid animals, so familiar that they become an intricate part of the associated human figures; somber eyes, often closed (more recently they have opened-up!!!); closed mouths; and hands, many hands that speak louder than faces… Desired by the artist, or not, symbols refer to a certain and tamed fantastic, a peace – sometimes grave-like and then, she paints winks. The onlooker must impregnate him/herself with Roux’s paintings, find in them scenes from his/her own life and will be moved to the depths of his/her anxieties admirably rendered.” 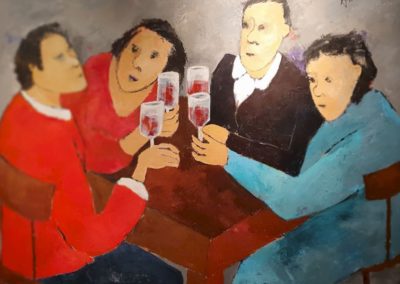 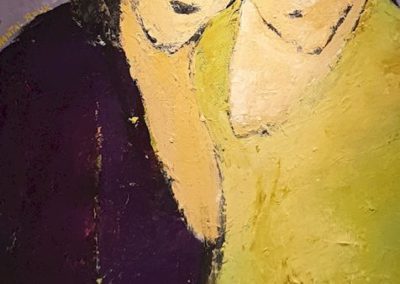 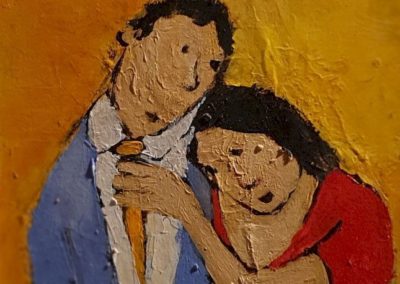 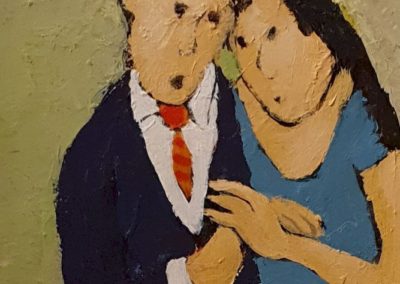 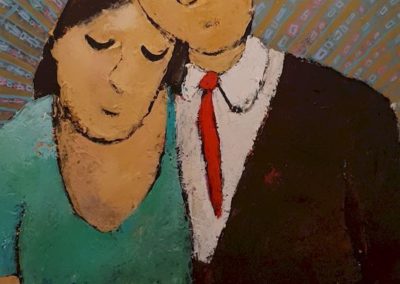 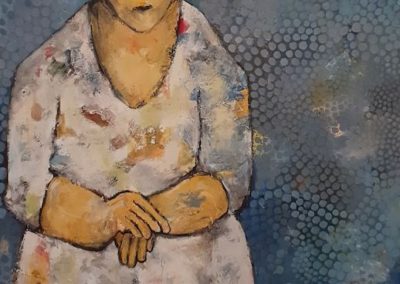 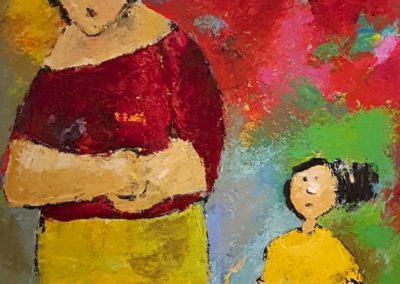 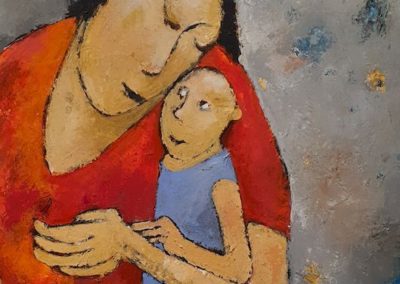 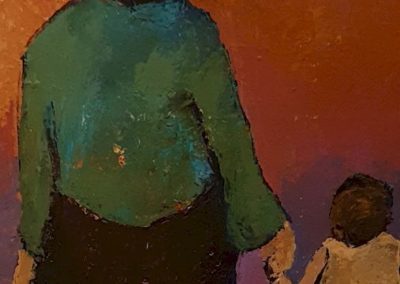 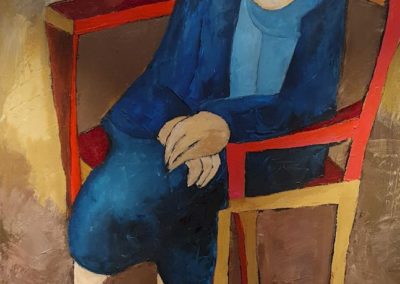 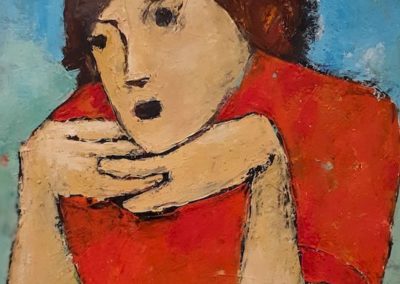 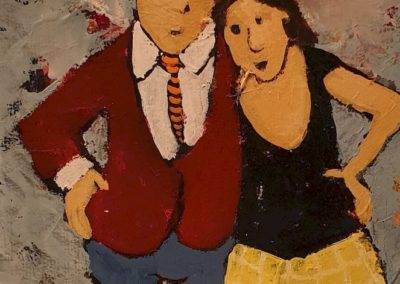 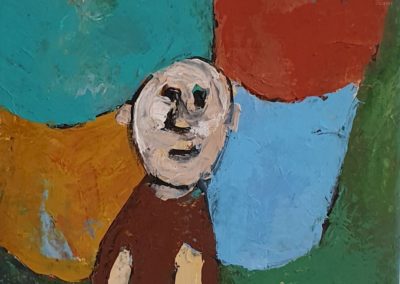 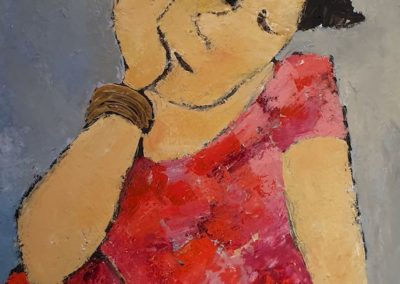 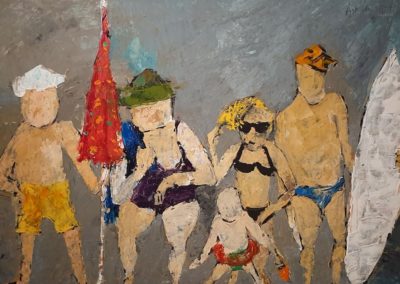 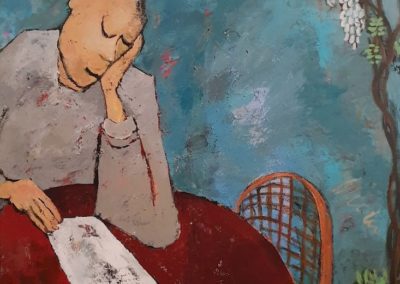 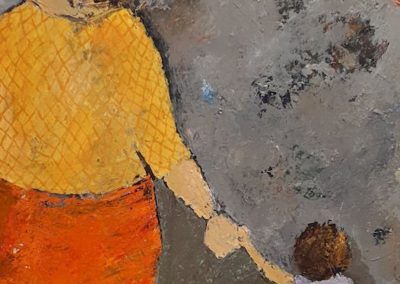 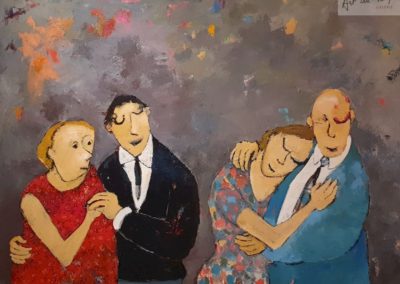 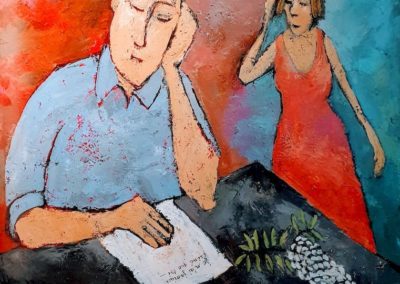